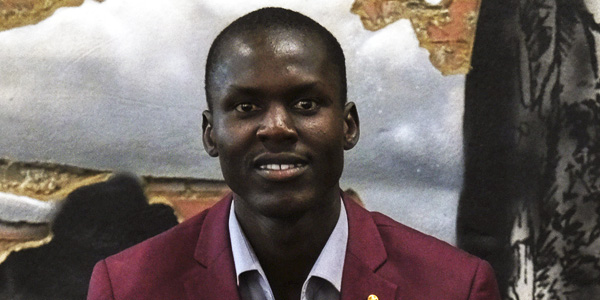 Ngor Majak Anyieth (’11), returns to ALA to learn once again, but this time under the Anzisha Education Accelerator, a network of education entrepreneurs which he joined in 2018 as the founder of Greenbelt Academy, in Bor, South Sudan.

The Anzisha Education Accelerator  identifies high potential young education entrepreneurs in the ALA network and provides them with ongoing support as education leaders on the continent. This is done through connecting them with mentors, capital and helping them get closer to fulfilling their visions for their schools and the continent. Majak was born in South Sudan and has endured untold difficulty on his his leadership journey. He lost his father to war, and was raised by his mother who sadly could not read or write. It is therefore little surprise that he does not know his exact birth date. This never seemed to be a problem until 2005 when he was relocated to Kenya as a refugee. In South Sudan, education standards were very poor, and it was at most times difficult for Majak to make it to school. So he went on to live with his family in the Kakuma Refugee camp in Kenya and got enrolled into Lodwar Boys High School.

It was during this time that Majak came to his own, participating in addressing social issues in Kenya, including fighting the scourge of forced marriages, focusing on the young girls in the refugee camp who were required to marry often against their will. It was also at this time that he heard about ALA, applied and was admitted as a member of the Class of 2011, and thereafter proceeding to the University of Notre Dame.

While studying at Notre Dame, Majak founded an education organization, Education Bridge, to contribute to leadership development and peace-building in South Sudan, with its flagship school, Greenbelt Academy. In 2017, Majak became the first ALA alumnus to be selected as an Echoing Green Fellow, earning recognition as one of the world’s most promising social entrepreneurs, following in the footsteps of ALA’s founders Fred Swaniker and Chris Bradford who were 2005 recipients of the same honour. IGreenbelt Academy today serves 320 students in Bor, South Sudan, thus providing further impetus for Majak’s professional development through the Anzisha Education Accelerator. Alongside the school principal, Daniel Akuei, Majak spent some time on the ALA campus recently, engaging in curriculum development and school management workshops. For Akuei, it was an eye-opening experience, as he reflected in his own words: “I learnt a lot from how the Academy’s curriculum is run, especially on how the focus is learner-centred,” To learn more about the Anzisha Education Accelerator, click here to read this blog post by the Program Lead, Jihad Hajjouji (’08)